It's been a while since I've added any posts that weren't just lists of loggings.

As I wrote in my column for The Spectrum Monitor, I'm about to start building a Corsette transmitter with crucial guidance from Z from Channel Z. I'm not sure if I'll write about it here on the blog, for an edition of the Pirate Radio Annual, or for somewhere else. But I am planning to write about it somewhere.

If you haven't been following the low-powered transmitters that people in the pirate radio community have been building over the past few years, the Corsette is a tiny AM-modulated shortwave transmitter with an output of just a bit more than one watt.

What's the point of such a low-powered transmitter? Well, for starters, Channel Z has been reported across a number of states in the East with just the Corsette. Also, the transmitter is the base for the the Corsair which can output approximately 10 watts, so it has been used by a number of pirates with good results. I haven't heard of amateurs using Corsair or Corsette transmitters on 40m, but that would be a possibility, too. Finally, I'm planning to either back off the power or use it into a small dummy load so that I can transmit audio to my antique radios around the house.

I can't speak for everyone else who has an interest in radio, but I can't just pick up a schematic and understand it. I don't know substitute components and I don't know proper kit construction techniques.

I had wanted to get some good transmitter articles in the Pirate Radio Annual, so I've asked Fearless Fred, Z, and James Brownyard about writing. Everyone expressed interest, but Z said "Why don't you build a transmitter and write about it?" He said that he'd also build one at the same time and help guide me through the process. Well, I couldn't really refuse an offer like that!

I've ordered most of the parts, so I think I'm about ready to get started. I feel as though my utter lack of knowledge in combination with all that Z knows and has experienced, will result in a how-to article that will help newbies be able to successfully build a working Corsette.

Ironically, as I was finishing ordering parts on Friday and thinking about starting the Corsette transmitter project, I received an anonymous hand-written letter at my mailbox. It's a tube transmitter schematic. I won't reprint it here because the designer didn't say whether it was intended for public consumption. I will reprint the note that came along with the schematic:

"A first look at a transmitter we have firing into an array of dummy load cables. Here's a circuit diagram close enough to make up a parts list and hit the bench. Will have more info (and fun results) in a couple of months. Out of ink."

Interesting stuff!
Posted by AY at 7:30 PM No comments: 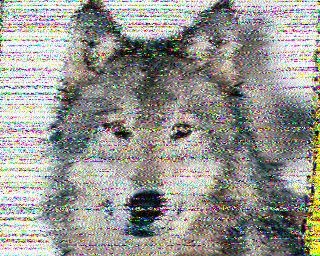