1636 kHz, 1810+ Perfect signal with AC/DC "Highway to Hell," The Police "Walking on the Moon," announcer talking in Dutch. Thought I heard mention of "harmonica" a couple of times and wondered if that might be the ID, but I couldn't find it on the UKDXer list, so that must not be correct 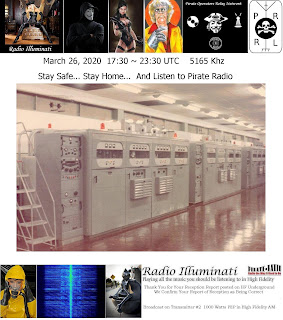 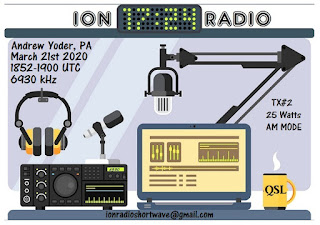 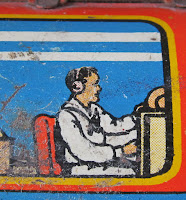 Loggings & a few other things

I've been finishing my column for The Spectrum Monitor over the weekend. One of the remarkable stories that I scratched the surface of was Chris Smolinski's reception of CBS Radio from Greece on 1730 kHz. I definitely need to start checking the 1720-1790 area for Greek pirates. Dutch pirates would probably propagate much better over here, but they're essentially all between about 1615 and 1670 kHz. Our best bet at reception would be to use a loop on stations that operate on split channels.

"Spirit of Radio" is not only a classic song about radio, but its disappoint in the status quo makes it a great pirate radio song as well:

https://www.youtube.com/watch?v=QuL_euRslTc
Posted by AY at 9:36 PM No comments: