Time flies when you're sitting around writing. I had planned to write about the Winter SWL Fest & maybe someone would read about it and "That's it; I've been thinking about going for years, but this post is the final tipping point. And time passed by. I thought "I'll write that post now because we're only about two weeks away." Ooops, no, it was a week closer. So, here it is Monday evening and the Winterfest starts on Friday. That's not much time, but maybe enough that someone who isn't too terribly far away will decide to drive over. It's not a bad trip for DXers in the Midatlantic.

Here's the program lineup. A couple of these are connected to hobby broadcasting of various sorts: the Part 15 forum (Anthony Messina & Rob Femly), the Pirate Radio Review (George Zeller), and David Goren has the Shortwave Shindig, which will include audio from NYC FM pirates. A couple of receiver forums should be really interesting: 2016 Survey of SW Receivers (Thomas Witherspoon), Kit Receivers Old & New (Skip Arey), and Survey of the All-Time Best Receivers (Dan Robinson). I also want to hear Paul Ladd talk about why KNLS is still dedicated to SW broadcasting, I haven't had as much noise on MW over the past six months, so I'm interested in MW DXing (Brett Saylor), and loop antennas (Jef Eichner).

A couple of loggings from the Twente online receiver:

Just got back to the radio after a drive through the snow. The Italian Broadcasting Corporation is a pirate that stuck in my mind when I was a kid because their radio antenna QSL/logo was reprinted in The ACE a few times. I never heard them back then because I really didn't know much about DXing Europirates (either in terms of setting up decent antennas or knowing when/how to listen). Thirty years later, I see that they're testing to North America tonight. I tuned to 6970 kHz. Just some utility mess. Oh well, maybe I haven't advanced very far in the past 30 or so years, afterall.

But, I tuned through 48 meters & I found a station on 6325 kHz--and some audio's coming through! I pulled up a file on the recorder, started recording, and checked HF Underground to see if someone has it with a better signal. They do and it's:

Odynn Radio/Radio Veronica/Radio Twentana: 6325, 2/13, 0022+ Can hear some music & I thought I had an ID around 0027. I guess this is a joint broadcast. I'll have to listen to my recording on headphones & see if I can dig out some details. <later> I listened to my recording and not much is there.

Speaking of not much being there:

KROW: 6920U, 2/13, 0302 I saw that this was logged on the HFU and tuned in. I could hear a little bit of audio and then it faded away or disappeared. According to an HFU log, the station returned about 50 or so minutes later. I let the recorder run for an hour and I can hear someone tuning up around this timeframe, but that's all I've got.

unid: 6925U, 2/13, ca1550 Good signal. I checked into the radio room to see if I could pull much out of the KROW & Odynn/Veronica/Twentana loggings (which I couldn't). I hoped that who ever was broadcasting here would still be on when I finished trying to dig out some IDs, but the station was gone.

I've noticed over the past few days the Old-Time Radio unidentified station on 6770 kHz is missing. I wonder if it's off for what seems to be a maintenance period, if it's moved frequencies again, or ?

Radio Illuminati: 6150, 2/13, 2237+ Beatles "Lucy in the Sky" & possibly a Neil Young song. Good with fading & nice audio. Styx "Grand Illusion" Kansas "Carry on My Wayward Son" The Who "Pinball Wizard" The Who "Eminence Front" Hoping to catch some IDs on the recording, but no luck thus far.

Radio Focus International: 6284.8, 2/13, 2327+ Much stronger carrier than Monique, so I have hope that audio will make it through. I'm not sure where these S6 noise levels that I'm getting tonight are coming from?

A question for anyone who might still be reading my loggings down this far. At 0010 UTC, on 6340 kHz, I'm hearing what sounds like an international shortwave broadcaster with operatic music. The way it sounds, it's gotta be either a spur or a receiver image. But I was also hearing a "choo-choo-choo-choo (etc.)" on the frequency that had been on for at least an hour, but stopped while I was typing this. Anyone know what these are? BTW, the station is now playing opera with bird-style whistling! The weird kind of stuff that got me interested in shortwave to begin with!

Radio Illuminati: 6150, 2/14, *1551+ VG signal playing pop ballads for Valentine's Day, such as Phil Collins "One More Night" Heard an ID on here for the first time on a music break "I am your host, the Azimuth Coordinator" and announced "another 10 songs in a row"

Radio Free Whatever: 6950U, 2/14, 2325+ Dick Weed with Death from Above & Bad Religion. Talk about all of the listeners who are e-mailing in and posting on HF Underground with some shoutouts. Also some talk about using "um" as a crutch word and listeners who send screenshots of the RFW's signal from their SDRs.

Solar Centric: 6949.5, 2/15, 0203+ I just saw Token's log of this on HFU. I've never heard Solar Centric and this is the closest I've come to hearing it. I've got a nice carrier and I'm getting fade-ups with some decent noise quieting, but just haven't gotten any audio yet. I've got it recording just in case I get a really good fade up . . .
Posted by AY at 4:59 PM 3 comments:

Oh well, I missed both Radio Gallifrey Intergalactic and X-1 tonight because I've been writing. One of these days, I'll finish this book!

While being distracted (I'm easily distracted), I counted the entries. I'm up to 196 entries done and 71 still to write. Does it really seem like 267 different stations have been on in the past two years? From a listening prospective, no. From a writing prospective, definitely.

I have to put out a great big thank you to everyone at Rave On Radio, who forwarded some recordings of the Don't Panic! (ebola) unidentified station from October 2014. Thanks to ROR, I'll be able to include an audio clip from this station on the PRA CD. Currently, I'm at clips from 19 different stations finished.

One thing that I noticed today while digging through loggings of Brockett 99 from August 4, 2015. Ulx2 from Kiev logged the station on 6932 kHz on a portable while walking in a park . . . with a very good signal! It's too bad that more people from around the world aren't tuning in to shortwave pirates from other continents. I think we'd have more surprising results like this.

This has been a bit of a distraction (although I'm still writing), but I really want to write the Captain Morgan entry tonight, so I'll stop this blog entry now.
Posted by AY at 6:33 PM No comments:

Wonder if all the activity will be today and early tomorrow, considering that the Super Bowl is tomorrow night? I guess we'll find out.

unid: 6925, 2/6, 1545+ Have a decent carrier, but not much audio is making it here. Just bits & pieces . . . and it's buried. Seems to be getting a bit better at 1545. 1547: Sounds like a ham (or MARS?) net being relayed by someone in AM mode here. I guess it must be the unid station that's been on through the morning & afternoon lately relaying lots of stuff. Still on when I tuned in WEEK Radio a few hours later 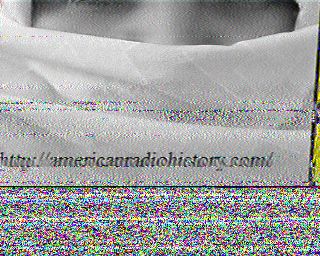 I've mostly been posting logs here and haven't mentioned the progress of the PRA. Because the last one got pushed back by almost a year, the new one is going to be a combined 2015-2016 edition that includes stations that were on in 2014 and 2015. I wrote the entries for 28 stations last week and have finished 11 more this week. That sounds like a lot, but, wow, it's just a drop in the bucket.

So far, I only have about 15 station recordings made for the CD. I record loads of broadcasts every year and cull from those for the CD (and also to send to stations with reports), but I often accumulate a bunch of recordings on the recording computer (an old computer that I essentially only use for recording shortwave broadcasts) before I save everything down. Right now, for example, I've got about 20 unnamed/unsaved files on the computer . . . but I have a page with the name of the unnamed file (e.g., "untitled17"), date, time the recording was started, frequency, and the station name. Then I go back and sift through the recordings, save most of them, and move on through until I'm done.

I was searching around for info on the "Don't Panic" unidentified from October 2014 to write an entry for it. There wasn't a lot written about it, so I thought I'd go back and pull up my recording so that I could get a fuller transcription. I couldn't find the file. Checked two computers. Not on either one. My recording computer died last summer, so I pulled the hard drive on it. Nothing. It stinks because that was an awesome broadcast and I had a really nice recording of it. At this point, I think I lost it in a computer crash. Really disappointing.

I think I still have about 20 or 30 more entries to write, but many of these are old stations that I need to dig up info on. If you run a station that was reported in 2014 or 2015, I'll probably be writing to you in the next couple of weeks, so please check your station e-mail. I'll be e-mailing do that you can doublecheck your entry.

Oh hey, why not. Here's a list of the station recordings for the CD so far. I've focused mostly on less-common stations: