Made it back home to a bunch of pirates on the air, but unfortunately I missed KVPH again and also WPIG. Wonder if WPIG is in any way related to the WPIG from the '90s?

X-FM: 6965, 4/26, 0144+ I think this is the 1st time that I caught it, but heard while running the canned "stay tuned for X-FM" IDs. Will tune back to it in a bit, but I'm still finding other stations! Just checked the Twente receiver in NE Holland & signal is barely audible there! 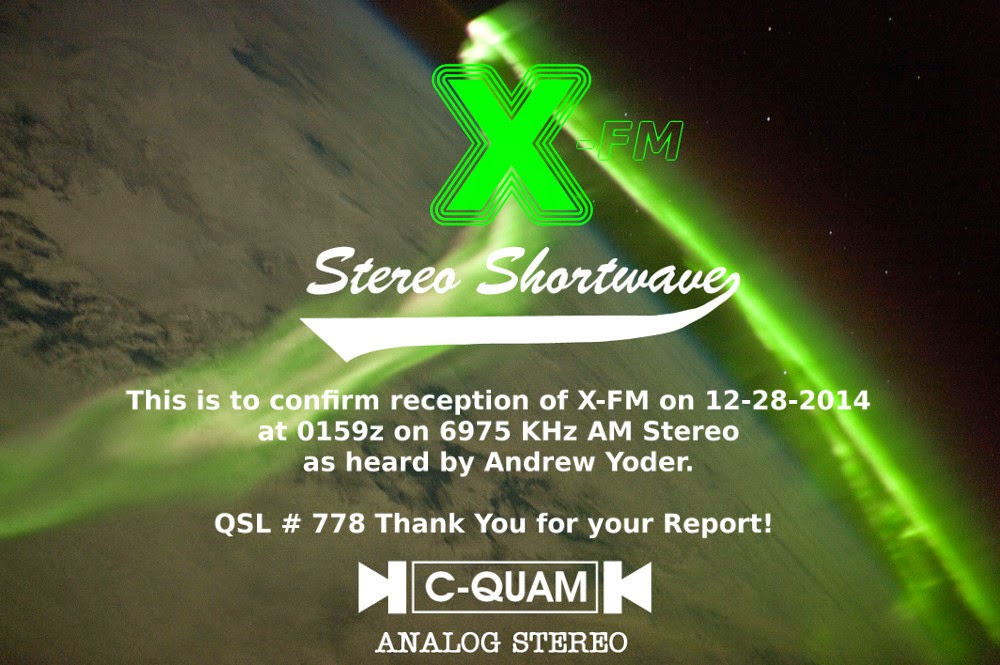 Captain Morgan SW: 6924.2, 4/26, 0159-0244* The Who "Who Are You?" Lou Reed "Walk on the Wild Side" Stones "Jumping Jack Flash" Bowie "Let's Dance." Big signal, like almost everyone else I've been hearing tonight. Twilight Zone theme a few times, which can only mean one thing. Just checked the Twente receiver in NE Holland & signal is very audible there! 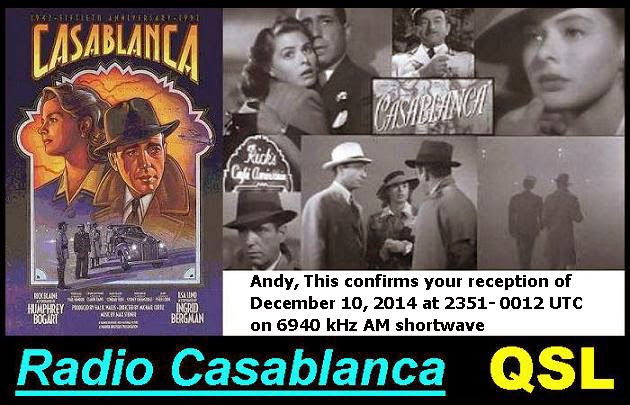 We were busy last night, so I didn't have a chance to check the radio. I did check out the computer earlier in the day & heard these via the Twente web receiver:

Radio Mirabelle: 6300, 4/24, 1420+ Very poor. Sounds about like I’m listening to a somewhat typical reception of a Europirate on my home receiver. I saw the signal on the Twente waterfall & tuned in. It’s mostly just carrier, but I’m getting occasional fadeups of audio. I checked Iann’s chat & it’s Radio Mirabelle because they announce a location in France. Chris Smolinski heard them and received a QSL when the station was running in LSB at a better time of day (2330 UTC), about six weeks ago.

? 6380, 4/24, 1502-1545* Talking about the weather, “but hoping for good conditions for HF” A bit of “Tubular Bells,” announcer mentioned “Mike Oldfield,” then on to other music. Many later announcements in Dutch. Lynyrd Skynyrd “Freebird.” Lots of electronic dance music. Said “---- from Holland. Until next time, bye bye.”


Doing some listening to the radio tonight & also via the Twente online web receiver earlier.

The first print run of the 2014 Pirate Radio Annual is almost sold out. I'm looking into printing costs right now to see if it's worth ordering more copies.

The Crystal Ship: 6876, 4/24, 0040+ Heartbreak Hotel Show (lots of ballads), Julianna Montana ID. I've been lucking out & hearing TCS a lot over the past two months. As always, the signal's awesome, but tonight there's more noise as we're heading into the spring & summer months (even if it doesn't feel like it tonight). Rainbow "Stone Cold"

Zender Barcelona: 1633, 4/23, 2100-2107* OM in Dutch, tough to copy IDs because he’s broadcasting for a Dutch audience and not slowing down for the IDs, mentioned “Zender Barcelona” and I could hear it clearly at sign off. Very old polkas,

Lots of stuff going on at the radio HQ that should result in some interesting articles. I've been in contact with some old '90s-era shortwave pirates--some inactive & one reactivated. And I've been working on a new radio project that I hope will be helpful to a variety of hobbyists. More details to come. For the time being, here's a logging from tonight:

Radio Casablanca: 6940, 4/17, 0010+ Huge signal with some RTTY down underneath, but that just gives it real shortwave atmosphere. "Stormy Weather" & other WWII-era songs, plus clips of the movie Casablanca.


Everyone right now seems to be hearing Radio Free Whatever with a huge signal, but I'm struggling with a massive noise environment to pick out any details.


Radio Free Whatever: 6950U, 4/5, 0130+ Most of the time, I have a high-pitched roar and can occasionally get a few fadeups and pick out a word or so. BUT I actually do have a couple of real details: I heard Dick Weed and Stavin with shoutouts, including one to a listener in Albuquerque (I think they said that listener is using an SDR?) and I heard the chorus of "Take the Skinheads Bowling" by Camper van Beethoven.

Wolverine Radio: 6940U, 4/5, 0148+ I tuned in to Wolverine Radio, as per the ID on HF Underground, accidentally jostled the computer, and bumped the USB cable, which shutdown my Winradio software.  I've now clicked to start it three separate times and I've had a fatal exception error and other times that the software is coming up, but not running. Why did I bring a radio that depends on the reliability of my computer to function? Oh and the signal here was a bit more above the noise


Loggings via the Twente web receiver, except as noted:

Laser Hot Hits: 4026, 4/5, 2152+ Announcer reading comments from various listeners, gave out e-mail address, and said that the live programs would continue to 0300. Song from 1987. Nice signal in Twente, with a little noise

Old-Time Radio unid: 6770, 4/5, 2353+ If I heard the ending program ID correctly, this was the Goon Show. If so, interesting that this station is airing some British OTR, too. Next, a fairly long NBC news update: update of WWII news, such as the Normandy invasion, and news about the invasion of Italy. Amos & Andy show next. 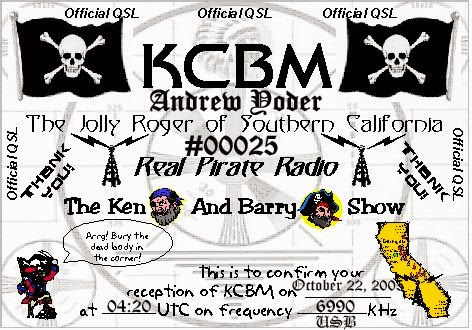