Another set of SSTV images for today. A number of images are being received, but they're out of sync and just looking like a complete mess. (Not to totally ignore pirates, but I've been hearing the Old-Time Radio unid station on a regular basis all week on about 3229.6 kHz.) Now, the SSTV images, either all or nearly all from 14VO01 (from France): 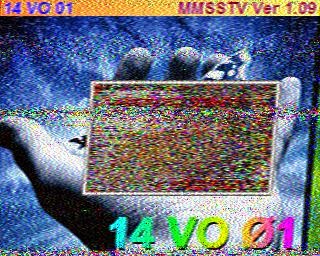 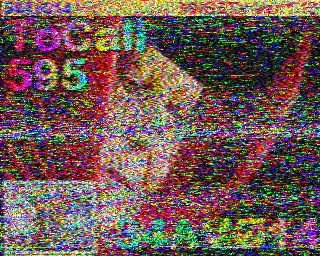 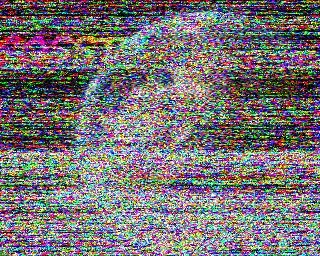 Email ThisBlogThis!Share to TwitterShare to FacebookShare to Pinterest
Labels: 14VO01

Great day for sitting the radio on 27700 kHz, lots of activity. Conditions seem all or nothing right now, but it's really encouraging that Chris Smolinski's been receiving UK CBers and Irish church broadcasts (I've been looking forward to hearing the latter for a few years). Anyway, here are some images from today: 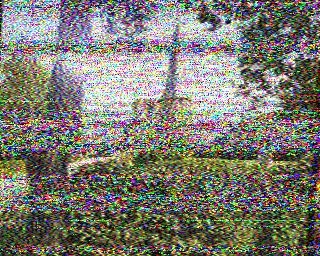 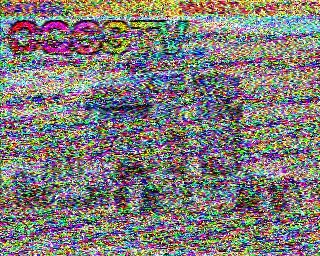 Email ThisBlogThis!Share to TwitterShare to FacebookShare to Pinterest
Labels: 13CB9SU

Old-Time Radio unid: 3229.8, 9/19, 0400+ Lots of static, but S9 signal for Murder at Midnight program, which I've heard a few times at midnight from this station. Into a big band song after the program ended at about 0427. Then into the Christmas episode of a show

Northwoods Radio: 6935U, 9/21, 0044+ Kid Rock "All Summer Long," into interview segment of a woman music journalist and a guy with a UK accent who I think produced a Kid Rock album? Great to hear Jack Pine Savage again; this is only the 2nd time I've heard NWR this year."Smokin' in the Boys' Room," Alice Cooper "18," Amboy Dukes "Journey to the Center of the Mind"

Radio Free Whatever: 6950U, 9/21, 0050+ Excellent signal with rock. Really professional-sounding RFW ID. "Nobody knows rock like DJ DIck Weed . . . on Radio Free Whatever." "We got right from no echo to Channel 19 trucker echo right there." Van Halen "Dance the Night Away," shout out to Radio Gaga. Playing final song, Pink Floyd, by request, "Run Like Hell."

KCPR was on next. I think this was the best SSTV image that I've received from the station so far 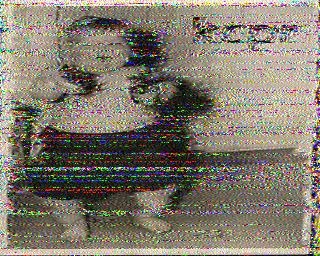 After a few months without receiving a single image, it's great to receive a few today. These are a few of the best images: 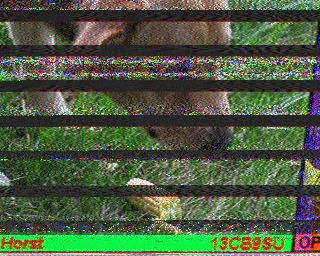 I was gone for a lot of the weekend, but I managed to tune in a few stations:

Renegade Radio: 6940U, 9/15, 0122+ Really nice signal tonight--much better than the last time I heard RR. Rush "Tom Sawyer," Steve Perry "Oh Sherry" IDs after this one, Shoutouts to RCCI, Joe Farley, Refmo, Skeezix, Me, & Hornet123. Said he's done some work to the studio and improved a few things. Talk about how the propagation's been pretty bad this summer, but now HF conditions are starting to improve. Van Halen "Why Can't This Be Love?" Police "Synchronicity II"
Posted by AY at 6:33 PM No comments: