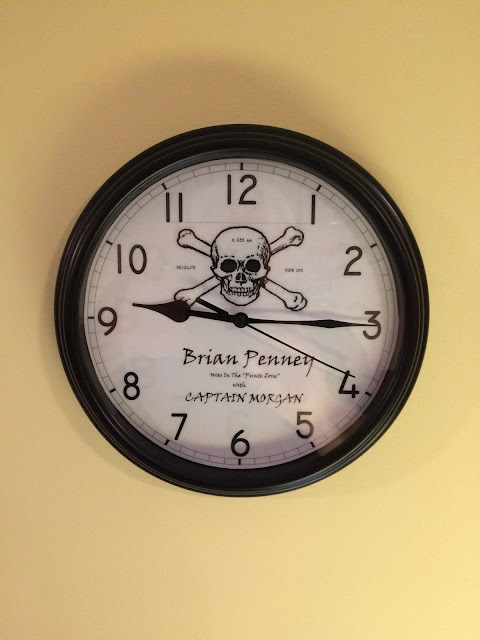 He also gave me permission to post his comments and the photo of his clock so long as I also posted a photo of my Captain Morgan clock. I'll post it, but not tonight. I'll put it up in my next post, hopefully within the next few days.
Posted by AY at 8:10 PM 1 comment: