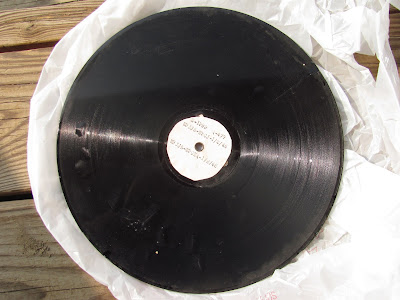 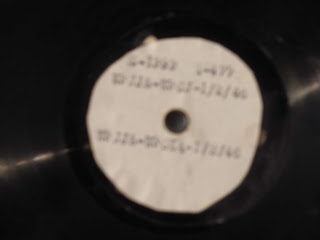 I think I'm going to try contacting the ARRL or one of the radio museums for ideas.
Posted by AY at 9:15 AM 2 comments:

I heard WEDG for the I heard WEDG for the first time in about five years, last Saturday! I was out driving and heard it with a fair/good signal on the car radio. Oldies and a clear W-E-D-G ID by an older-sounding man at 1800 UTC. This has got to be very low power, maybe even qualifying as Part 15. I needed to have a small portable receiver with an output jack & a laptop along so that I could record it.

It's really fascinating to hear a station like this & I wonder if the operator ever searches the Internet to see if anyone logs him. If so, I've heard you twice and if you QSL, I'd love to have one!

It can be tough finding stations like this one. Unless someone is putting 20 watts or greater out on 1710 kHz, it's almost impossible to find the station. And these days of multiethnic programming and cash-poor AM stations with absent engineers, you can't just assume that the non-English-speaking program is a community pirate or that the station playing Christmas songs for hours with no IDs is a pirate. But it makes me wonder just how many low-power in-band AM (MW) pirates are out there.

Speaking of absent station personnel, how long is the technical difficulties announcement going to run on WQFG689? I think it's been looping for at least a month. I know some people who'd be happy to put some good programming on 1710 kHz, if they don't want to use it . . .

Still writing the Pirate Radio Annual. I was writing the entry for Union City Radio this morning.

I found a couple of really interesting radio records this morning. Maybe I'll post about them tomorrow or later this week.