Propagation, MUF, and long-distance radio for the Global HF Weekend

With the Global HF Weekend coming up and the recent blank sun phenomena that we've been experiencing, I thought it'd be best to check out the maximum usable frequency for different times of the day to different parts of the world.

In the past, the Global HF Weekends were great because stations could test on high frequencies that they usually don't operate on and listeners who normally either tune 48 or 43 meters could do likewise. Yup, I've heard a few station operators say "Why would I broadcast on 19 meters? A couple of years ago, I went on for a few hours on different weekends and I didn't receive any reports." Given the time and effort combined with the risks that the ops are taking, that makes sense. But if people are all on the same page; the stations are on a different band and the listeners are checking it, too, well, that changes everything.

Unless the Sun disagrees.

I've heard from at least one station who's planning to use frequencies on both 19 meters and 13 meters this upcoming weekend. It will be a good test to see if the predictors can be defied. And I really am interested in seeing what will happen with the long-distance (or any distance, really) signals at these frequencies.

But right now, my conclusion is that rather than shifting frequencies (at least dramatically), hobbyists might consider switching times for broadcasting and/or long-distance listening this weekend.

The largest number of shortwave pirates per capita in the world are in the Netherlands, so I'm starting off with the MUF between Harrisburg and The Netherlands: 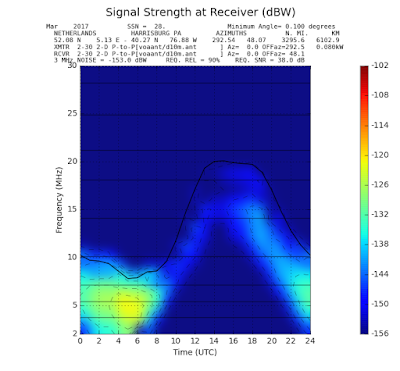 You'd be safe to suspect that propagation between Harrisburg and Ireland would be similar: 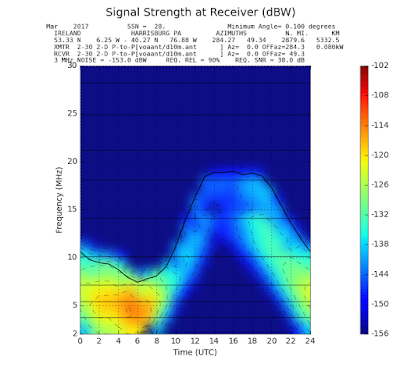 It is, but the possibilities improve somewhat drastically, both in terms of potential signal strength and frequencies/times that should support transatlantic propagation.

Likewise, the opposite happens when the signal comes from or travels to a point deeper in Europe, Hungary in this case: 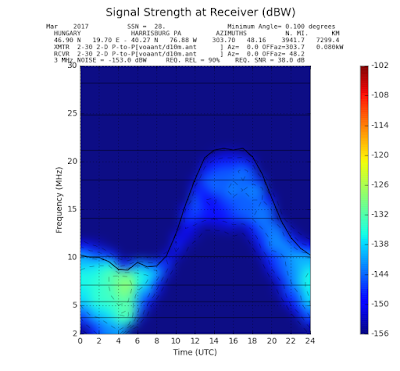 Heading north to the Ukraine, the graph looks like this: 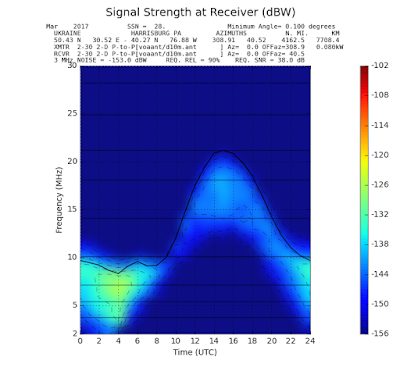 There are a few differences between Ukraine and Hungary on the map, but both are rather similar.

Now, for some exotic DX: 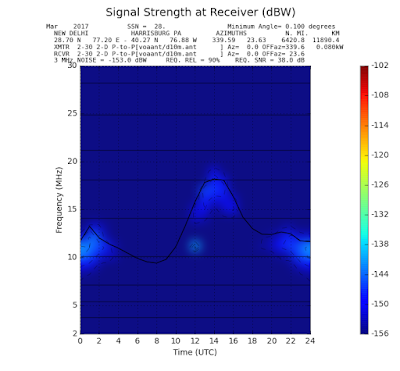 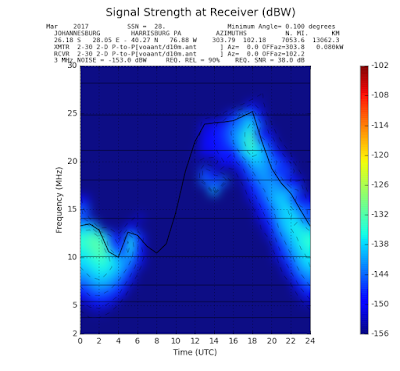 Reaching Johannesburg from the Northeast looks very possible. Even 21 MHz should work from 1700 to 1900 UTC, but is anyone listening . . . or are any South African shortwave pirates on the air?

I've never heard of any Japanese shortwave pirates, but here's the graph for Tokyo: 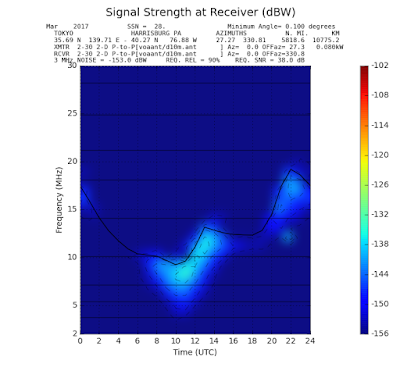 North American listeners who hear fishermen across the bands probably won't be surprised to see the graph between Harrisburg and Rio de Janeiro: 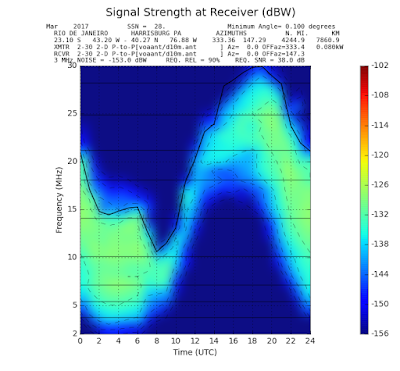 The peaks aren't as strong as those for Ireland or the Netherlands, but the levels are pretty decent for a very long time . . . and across a wide spectrum. If there were just more stations on the air from Brazil . . .

There's a DXpedition running in New Zealand this weekend. Here's the graph between Harrisburg and Auckland: 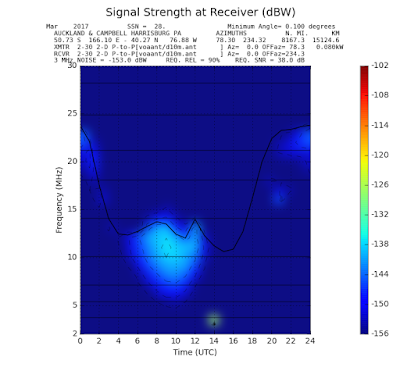