I've been watching the news and hearing stories about everything that's going on with the upcoming snow storm on the East Coast. Schools are already closed in Washington, DC, Virginia has National Guard troops ready and it's being reported as a superstorm from North Carolina through Washington, Baltimore, Philadelphia, New York, Boston, and more.

In addition to the extra safety, the snow made for some festive broadcasts. The WFAT and WONS ("snow" backwards) snowstorm broadcasts often started around 0400 UTC and would sometimes last until as early as 1200 UTC. I remember seeing an article on WONS years ago (I believe in the '90s and in 73 Magazine).

I searched around on the Internet and couldn't find anything from WONS, unfortunately. However, the station featured call-ins to telco loop numbers on frequencies in 43 meters. Searching through some of my own archives, I found broadcasts from WONS in January and April 1979 on 6945 kHz and 6955 kHz. FYI, WONS and WARG were, to the best of my knowledge, two of the first pirates to use this frequency range.

WFAT later changed its name to WGUT (for AM broadcasts) and to WHOT (for FM broadcasts). The crew from the station posted a link to their snowstorm broadcast from January 10, 1984. Whether or not any station decides to take to the airwaves for this snowstorm, this show will give you something to listen to while watching the flakes fall.

* The 3rd anniversary of the FCC raid on WEAK Radio is February 16. Thanks to some assistance from generous pirates, WEAK has returned for a new broadcast each of the past two years. In the spirit of listening to old shows, here's a link to four hours of WEAK from August 3-4, 2009, on 6940 kHz USB. 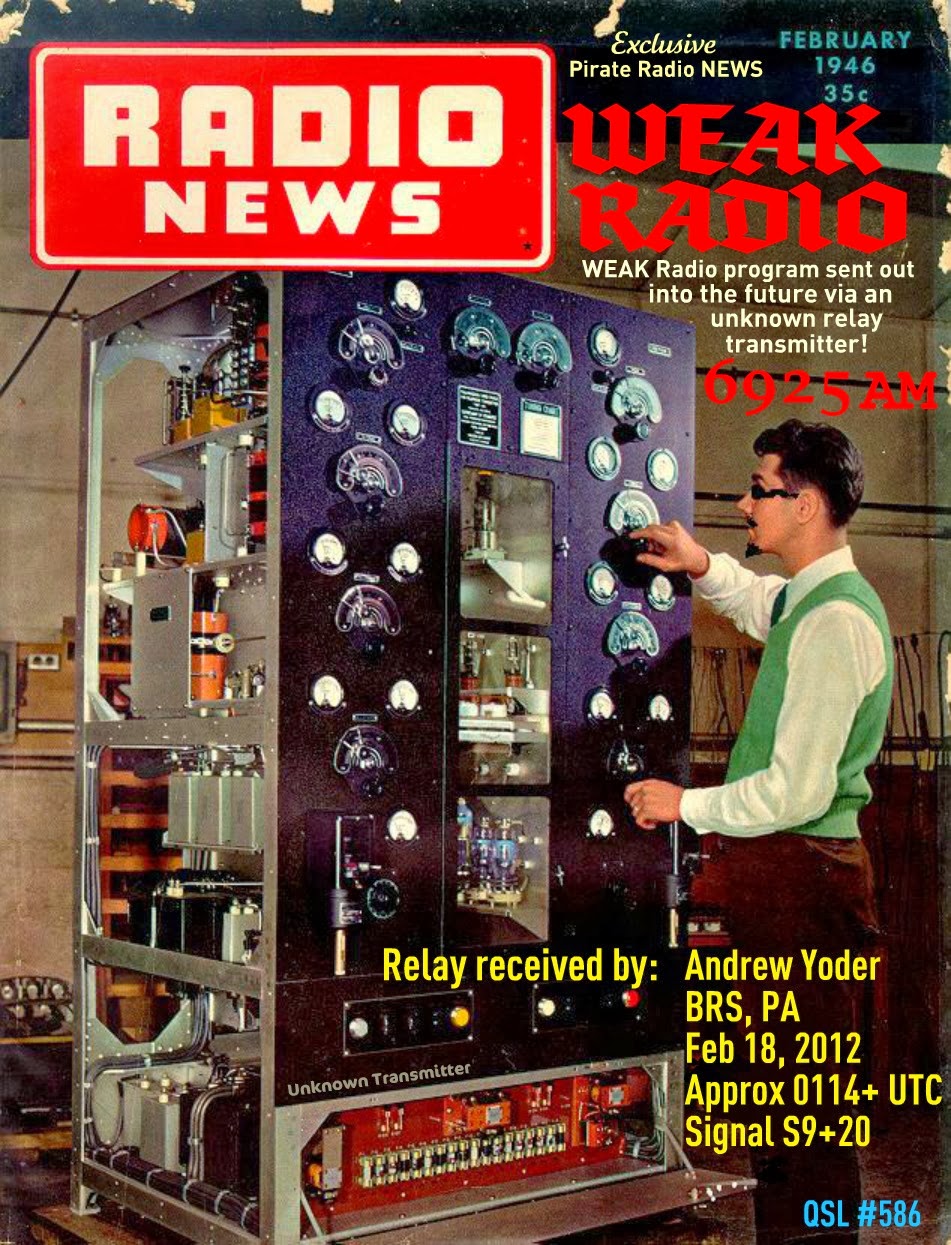 * I received this e-mail from Tom Taylor of European Music Radio:

EMR Internet repeats on Sunday and Monday:
Programme repeats are at the following times: 08:00, 13:00,17:00, 20:00 UTC
Please visit www.emr.org.uk and click on the “EMR internet radio” button
which you will find throughout the website (see the menu on the left).

* While I was searching for info on WONS, I found that back issues of 73 Magazine are now in the public domain. Here's the link for downloads.

* The radio song of the day is not really a radio song. But it fits my mood. "Let It Snow" by Dean Martin.
Posted by AY at 4:45 PM