With a few exceptions, the 2013 Pirate Radio Annual is sold out. I got an order from Universal Radio today that'll clean out the last copies. But I'll take a couple to the Winter SWL Festival on the 2nd weekend of March. I'll only be there on Friday this year, but if you'd like to reserve a copy, please let me know ASAP and I'll Post-It a reserve copy for you. At the Winterfest, I'll be selling the last few 2013 PRAs for $15/apiece with no shipping. I'll eat the PA sales tax, too. I'll also take pre-orders for the 2014 PRA (which I've been working on, but has been moving slowly).

Captain Morgan: 6925, 2/28, 0139+ Blues program with an excellent signal and audio. Usually, his audio is strong, but a big distorted. Tonight, the audio still has the really nice punch to it, but it sounds cleaner. Very nice! The one song sounded a bit weird, like either RF feedback was getting in there or maybe a cable was putting a hum into the audio? The audio went off, there were some grounding noises, the transmitter went down, and the audio came back on.

Last night, I caught the last few minutes of The Voice of Mongolia Relay Service on approximately 6925 kHz. Yun Sap from TVOMRS was kind enough to send an e-QSL for my very brief report on HFU: 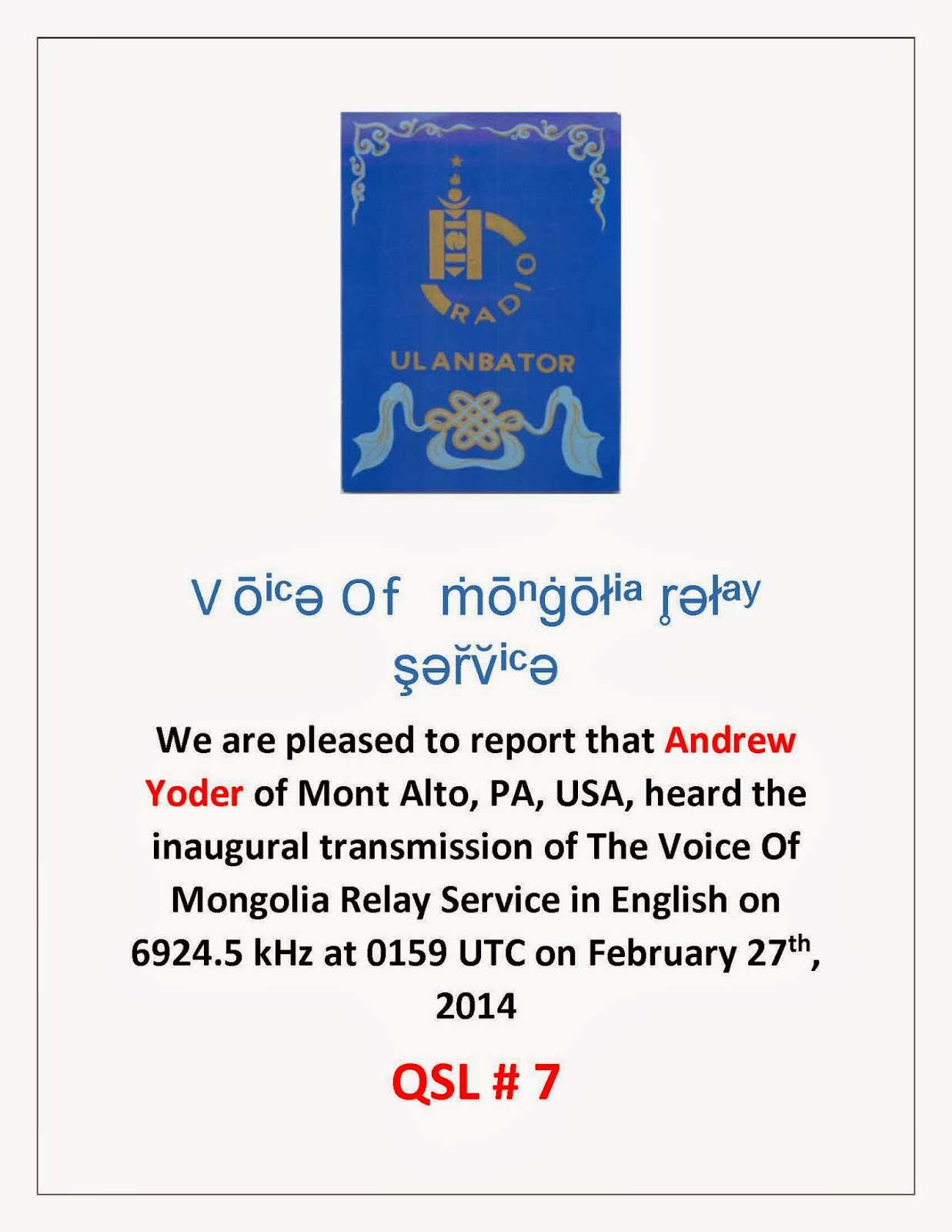