Today's the beginning of the Halloween radio weekend. I don't yet have any loggings, but I really do need to come up with some separate antennas and listening/recording arrangements so that I can log  and record a few more broadcasts.

A few updates about things that I've written about recently: 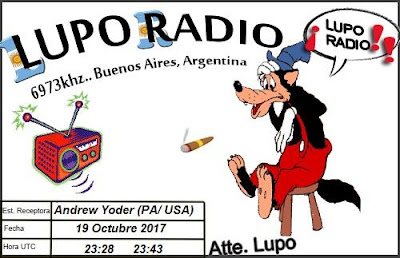