Got up this morning to do some baking & there's Christmas Radio on the air! Nice way to start the day. As always, I'll probably update here when/if I get the chance (and also if there's enough activity to warrant updates).

Christmas Radio: 6925U, 12/23, 1358+ Weak with "Rockin' around the Christmas Tree." I think I heard a male announcer talking, but I'm not sure if it was ID/announcement or some other programming (like a song intro). ID per HF Underground. My 1st time hearing this station. After the show ended or faded out, someone's been on with a strong signal, whistling, playing "dots" (think WWV), etc. 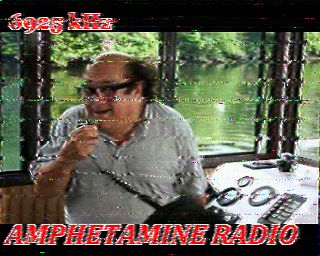 Channel Z: 6150, 12/23, 2236- Beautiful S9+20 signal with great audio. Ramones "Merry Christmas (I Don't Want to Fight Tonight)." I grabbed the 1934 RCA 5T tombstone that I restored a few years ago, brought it upstairs, clipped on a longwire antenna, and clearly heard Channel Z on it. This is the 1st pirate I've heard on it because it only covers up through 48m. Also, it's pretty cool to clearly hear a pirate on it because it's only a 5-tube receiver--not exactly a top performer (and I didn't realign it . . . and I just swapped tubes until the signals sounded better/stronger) 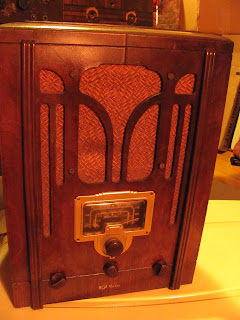