I can see that I planned the trip to HOPE X backwards. We arrived in NYC on Thurs. morning and spent the day walking 7+ miles around the city. We saw some cool stuff and I got a few pics of different Toynbee tiles up 5th Ave.

I was dreading speaking on Friday & woke up at 4:30 AM, after dreaming that I'd been diagnosed with a terminal brain tumor (yes, it was just a dream!). I walked down to the Hotel Pennsylvania and registered in the morning and spent the next few hours writing a bit more of the talk. In the end, I wrote about 10 pages and threw out two.

There were a number of talks that I wanted to see, but I felt that I needed to try to focus on mine. So, I puttered around a while. More than 3,000 people attended HOPE X in person and the three conference rooms were packed. Pretty unnerving, but after some prayer time, I calmed down and gave a pretty lifeless talk, but at least I didn't stumble too much or say something crazy because my mind went blank.

Thanks to the graciousness of the attendees and the cool stuff that pirates have done on shortwave, I heard positives from a number of people afterward. We had to leave almost immediately after the talk, which was unfortunate because I'd like to have sat around and talked to people individually about shortwave and pirate radio.

One comment/question that I got during the talk was about the paint scheme of Radio Nordsea International's ship, the Mebo II. My apology to the guy who commented on it because I was focused on trying to get as much of the talk in as possible and I just kinda kept going. But it really was a good comment.

I showed an image of the Mebo II and ad libbed about how it was hard to miss the ship because of its color scheme. He mentioned that it was razzle dazzle camouflage that was used extensively in World War I. The concept was that people are going to see the ship anyway, so you might as well paint a bunch of crazy angles on it and maybe a U-boat or opposing ship will have problems with depth perception, etc. and miss the ship.

I've been reading bits about Radio Nordsea International for years, but I don't really anyone ever mentioning that it was painted in razzle dazzle camouflage. I've seen in a number of radio articles that the writers mentioned the "psychedelic" paint scheme. It seems that the station personnel must have known something about razzle dazzle camo, but especially considering that the station was anchored in place and had the giant radio towers, I'd think that it was more of a joke or "cool factor" than anything--especially considering how often they displayed their ship in publicity materials. 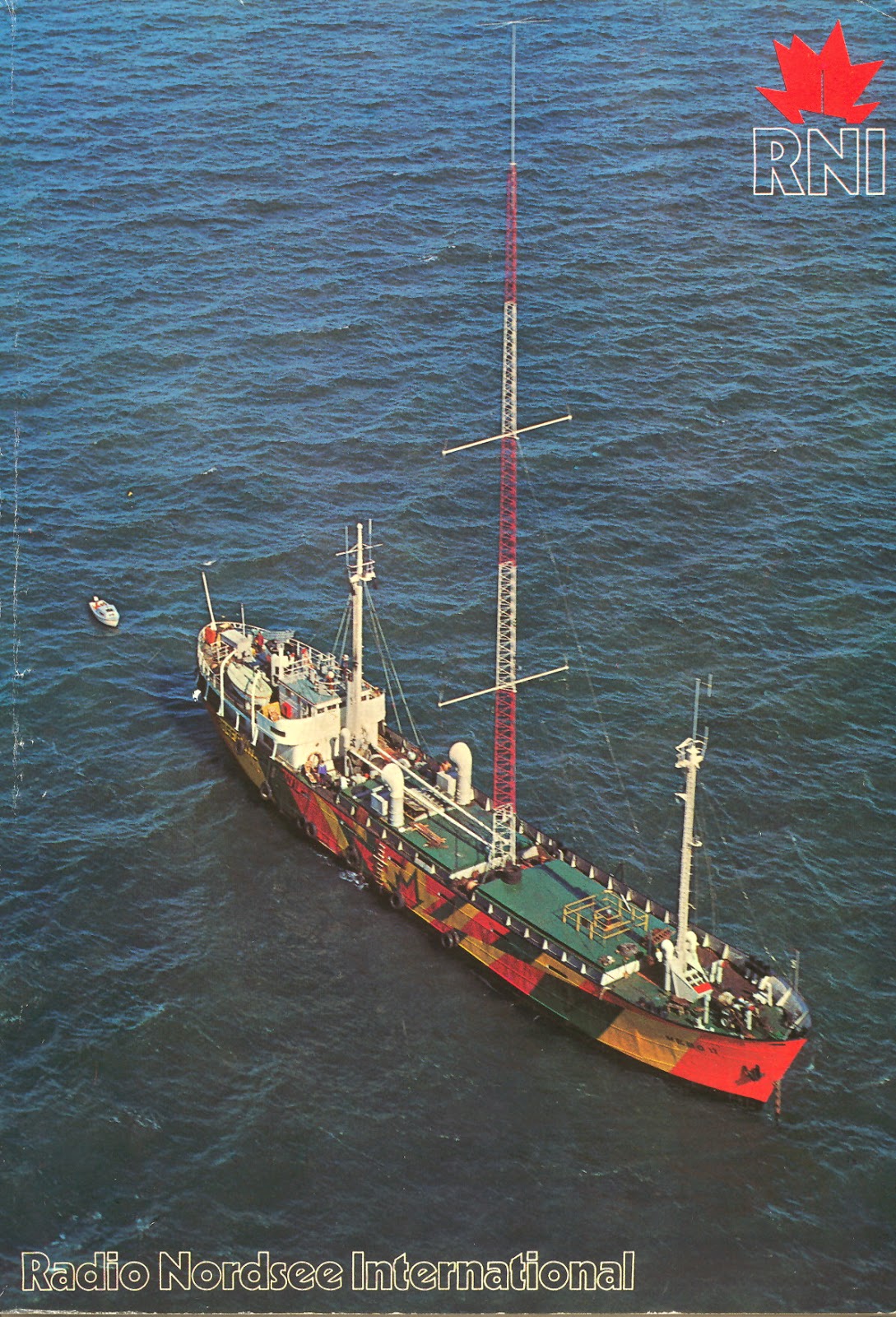 And here are some photos of razzle dazzle ships from World War I.
Posted by AY at 9:04 PM