I was away and had company for most of Independence Day, but made it to the radio for a bit. Nice to hear at least three stations on the air at the same time for the first time in a few months, I believe.

Old-Time Radio Unid: 6770, 7/5, 0405+ Old-time radio show. Conditions must be better because it's at S9+20 for the first time in about two weeks (it's been peaking at about S9 here lately). Maybe a different transmitter or antenna than had been used?

KCPR: 6925U, 7/5, 0403+ Sounds like two stations mixing here. ID per HFU logs, but I don't know which is the stronger of the two stations I'm hearing. I have it recording. . . .
Hmm, I guess I need to check this over more closely. This was either all or mostly KCPR because I heard the CW and copied the SSTV image. My best signal for KCPR thus far. Some very old country songs near the end. 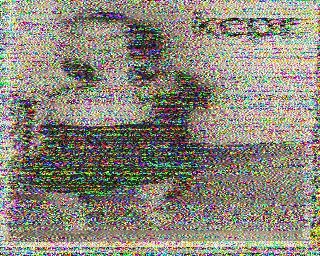 Generation Wild 100: 6925U, 7/6, 0219+ Instrumental guitar music. The needle is sitting at S9+30! FM radio-type ID. Excellent audio. I'd wonder if this was Wolverine Radio, except that Wolverine is on at the same time. Some instrumental jazz, too.

Wolverine Radio: 6950U, 7/6, 0219-0230* "Brown-Eyed Girl" "Green-Eyed Lady" Excellent signal and audio. No SSTV at QRT tonight. A different op thanked Wolverine on the frequency, just after the show ended.

Yesterday, I was also away most of the day, but I did receive some SSTV images from WRMR, Redman Radio, a new station: 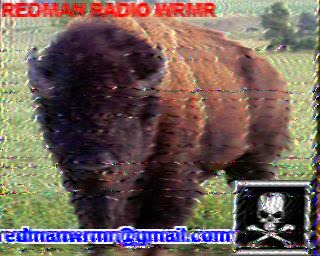 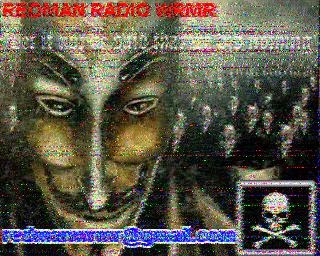